Here in Florence, my university offers free weekly activities including guided tours of the city, an inside look at the local leather school, taste testings at restaurants, and Tuscany wine tastings. Yesterday I was lucky enough to attend Slow Drink, the wine tasting activity, at Eataly Firenze.

The translator introduced the producers to us explaining that we would be tasting two white wines paired with two traditional Tuscan dishes. As the producers came and poured us our first glass, we watched a video about the traditional Tuscan dish we would be pairing it with. Testaroli is a dish that dates back to Ancient Rome and originated in Pontremoli, Italy. The process for making testaroli is very tedious and complicated, but in the end, it’s definitely worth it.

The translator pointed out the fact that all the men preparing the testaroli were pretty old. He said that this dish is dying because the younger people in the mountain town of Pontremoli don’t want to go through the effort of preparing this dish in the traditional way. The batter is made by hand and cooked in heavy iron skillets with lids that weigh 22 kg. Once cooked, the chef has to cut the testaroli by hand into tiny diamond shaped pieces. It is then combined with olive oil, basil, and a pecorino cheese. The dish was originally typical of the poor peasants of the town, but is now considered a Tuscan delicacy that many people will never have the opportunity to try in their entire lifetime. 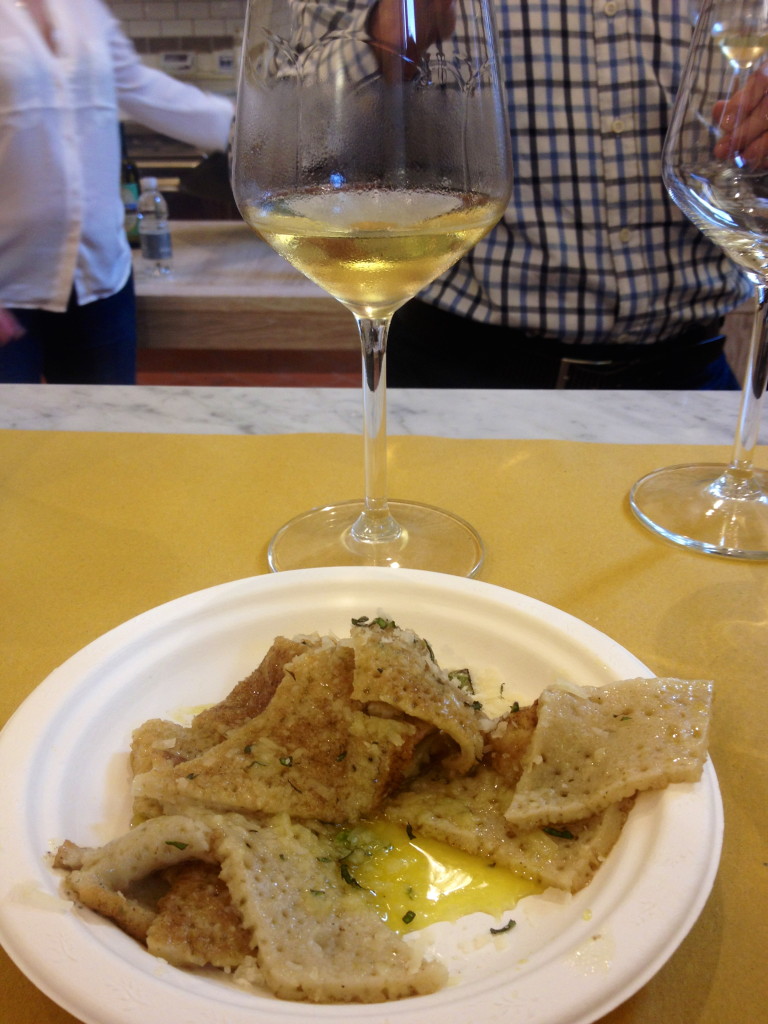 We paired the testaroli with a dry white wine called Durella. The combination was perfect as the wine took away the acidity of the dish. As we finished our Durella and testaroli, the producers introduced us to our next pairing. We were each served a piece of chestnut bread made from chestnut flowers, wheat, and potato. The bread was topped with a creamy goat milk cheese and drizzled with honey.

We paired this delicious dish with a semi-sweet white wine called Bigoncio. The wine had almost a sparkling property to it, but wasn’t quite as carbonated as champagne. As we indulged in this sweet treat, the producer came out and announced that he had una piccola sorpresa for us.

The little surprise was a tiny jar containing a yellow and orange powder-like substance. The translator explained that as the honey was homemade, they had taken the time to collect this rare delicacy. The powder was in fact the pollen that sticks to the legs of bees as they fly from flower to flower. The producer came around and poured a small amount of the pollen into each of our hands and encouraged us to smell it. It smelled like a beautiful bouquet of fresh flowers. The translator continued on, explaining that the pollen is a natural antibiotic and has an energetic property that he described as “nature’s cocaine”. 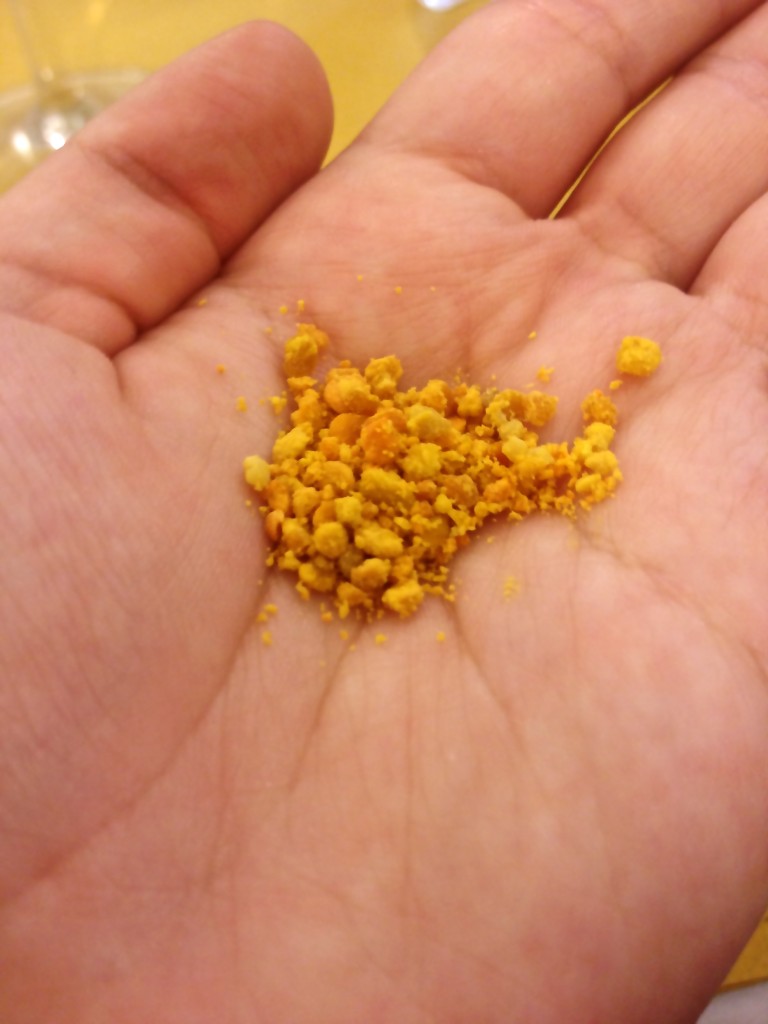 I sprinkled some of the pollen onto my chestnut bread, and licked the rest off of my hand. It had a very sweet taste that I can’t really compare to anything else. It was such an exotic flavor unlike anything I’d ever tried. It was truly an eye-opening experience learning about this ancient culture in the mountains of Italy and experiencing their foods and wines. 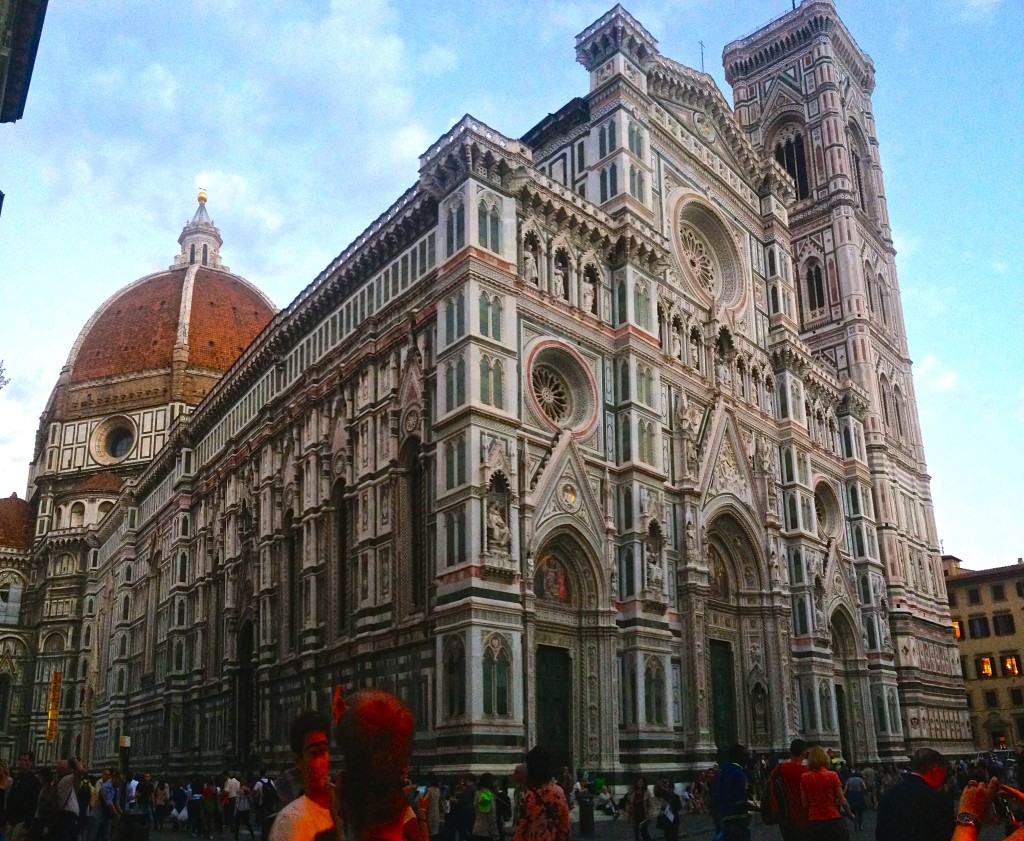 As I left Eataly that evening, I passed by the Duomo and stood and stared at it like a tourist as the sun began to set. I know I talk about how grateful I am to be having all these amazing experiences in every single post, but how could I not? I pass by the Duomo every single day, and it never ceases to amaze me. Italy feels like my home, and I never want to stop exploring it.

Sorry for all the low-quality iPhone pics.